Why You Should Always Expose A Cheater 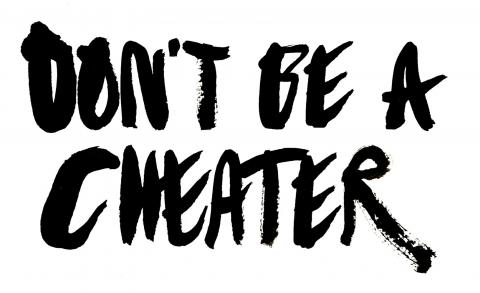 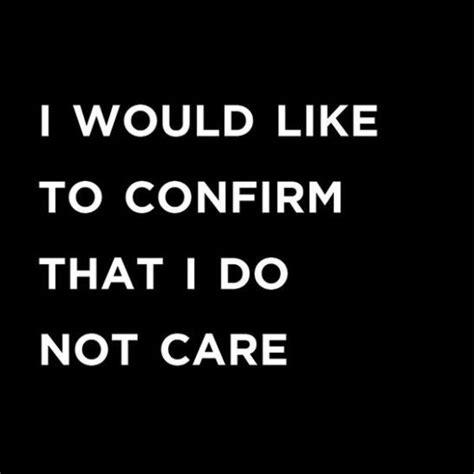 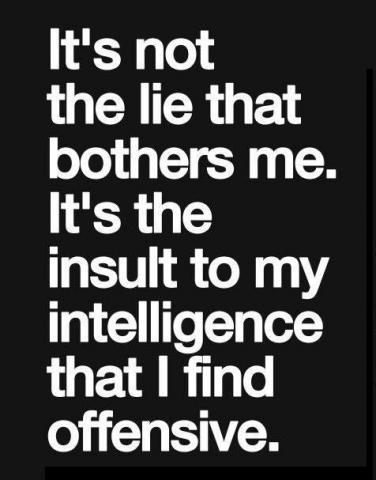 Cheaters come in all forms. Sometimes people seek emotional intimacy outside their relationship, some seek sex, and some go as far as registering their name to an actual website confirming that they are looking to cheat. While we think the Ashley Madison variety are special kinds of stupid, the issue remains that there’s some sort of taboo code of keeping our lips sealed when we find out someone is stepping outside of their committed relationships. Whether you find out you’re the side chick or bust someone you know in the act, we seem to be expected to basically shut the hell up about what we’ve seen or heard. It might be true that it’s often none of our business, but is it really fair to allow their partners to be kept in the dark to the fact that they are being totally wronged? Even if it temporarily causes pain and grief, outing a cheater is necessary for so many reasons, and here’s why:

1. YOU GET WHAT YOU GIVE.
We all want honesty in our lives and relationships and the only way to get it is to live by the law of attraction and to give it with good reason. Exposing a lie like this is a good reason. If you were being cheated on, you would want to know so you can make an informed choice of whether the relationship you had was worth saving and working things out or walking away from for good.

2. FACTS CHANGE THINGS.
We all deserve answers in order to begin the process of understanding and resolving our issues. Sometimes cheating is a result of relationship issues that two people have been avoiding dealing with, and sometimes it’s just because one person is a selfish little jerk. Either way, opening the doors to answers is the first step to resolutions, even if the resolution ends up being more like a Carrie Underwood song. Maybe next time he’ll think before he cheats. Sorry about your headlights, bro.

3. CHEATING IS THE WORST.
Is there anything lower than a person who claims to love someone only to go bang someone else the next minute? Unless the relationship is a willingly open one agreed to by both parties, there is absolutely zero excuse for cheating. If someone who is committed wants to be with someone else, they should end the current relationship first before diving into another. It really is that simple.

4. THE TRUTH SETS YOU FREE.
When you know someone is being cheated on and you don’t say anything, it eats at you in so many ways. It’s a heavy burden to carry whether it’s a friend, acquaintance or finding out that you’re the one on the side but were clueless about it. Remember, it’s not you who made the mistake. If anyone places any blame on you, that’s just plain stupid and not to mention, rude. Putting the truth out there to let other’s decide for themselves will make you feel a lot better knowing you did the right thing, for your own conscience.

5. WE LEARN FROM OUR MISTAKES.
Sometimes we all need that jolt of lightning to wake us up to reality. For a cheater, being caught can serve that exact purpose. Not that we condone cheating, but we do understand that people can sometimes make mistakes. It’s just like when you were a little kid up to no good and pulling sneaky jerk until you got caught. After a hard lesson, you improved. Perhaps cheaters can do the same, but without ever being exposed, how can they ever learn?

6. IN SOME CASES, IT CAN STOP.
If you never out someone for their infidelity, the cycle will continue and the affair stays alive. The only thing worse than finding out someone has been cheating on you for an extended period of time, is finding out that other people knew about it the entire time, which just makes the situation feel foolish for everyone.

7. EVERYTHING COMES OUT EVENTUALLY.
Above all, the truth has a way of coming out anyways; sometimes soon, and sometimes too late. In reality, you’re just speeding up the inevitable and possibly saving someone a whole lot of their precious time. Life is short, and you don’t have time to be crappy because make no mistake, it’s crappy to keep a secret when it’s not yours to keep, so set it free and let the idiots start learning to be better people.

8. SPONSORED: NEW DATING APP GUARANTEES NO WASTED TIME.
Let’s be honest — most guys on dating apps aren’t serious. Cove is a gamified dating app that solves this problem. All guys on the app are verified and vetted, and have to pay a cover charge to interact with you. And Cove lets women win rewards just for using the app which means that any time you spend on the app isn’t wasted. Want to learn more? URExposedonline