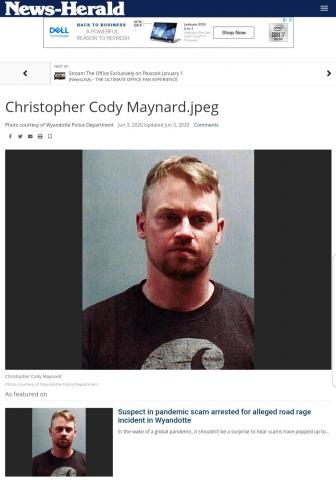 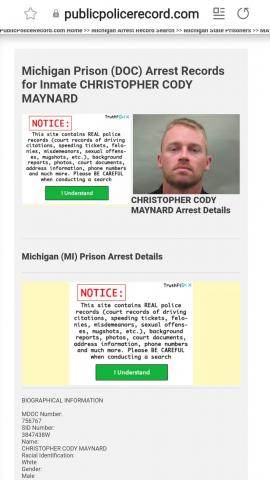 This man is a master manipulator, a narcissistic psychopath. He manipulates multiple woman for a place to stay, sex and other materialistic things. He is a pathological liar, a con artist and a scammer. He works for Royal Auto care which he tells people he runs. The same thing he did in june of 2020 ( youtube search: donut scam guy) in October of 2020 he stole my car and told me he would pay me for it and never did, I had to contact police to get him to return. Hes very dirty has been with several woman on multiple occasions and I mean several as in a weekly thing. He has no place to live, he slides his way into your life by being charming and nice then all the madness and scamming come out. This guy is almost 34 years old and goes for younger type woman in 20's that are easier to manipulate and fall for his bullshit.

He has a lengthy background record including aggravated stalking and larceny in a building. His real name is Christopher cody Maynard goes by cody. DO NOT TRUST HIM!! No matter what he says.

Knock knock ....who's there cody, might be one, two or 3 or more you have screwed over!!